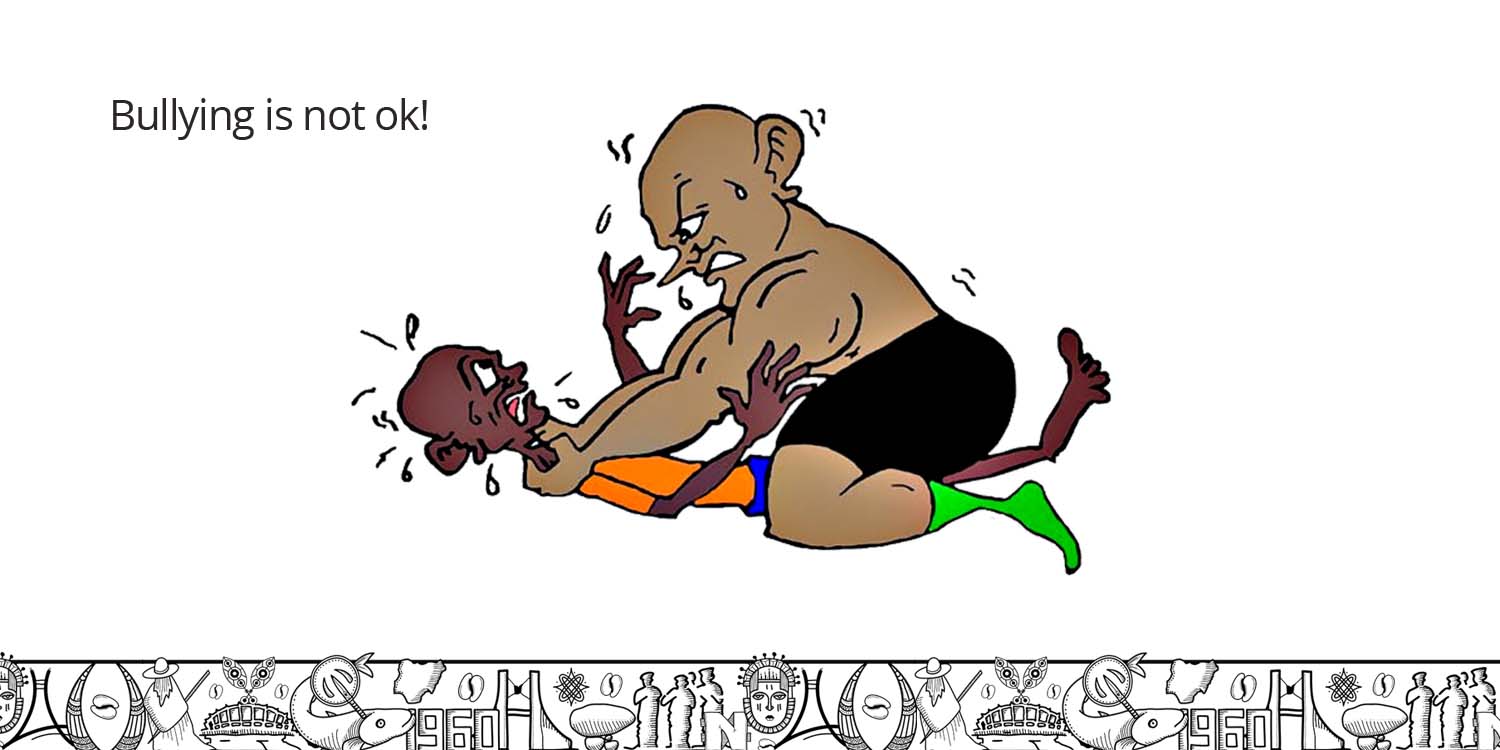 Everyone wants a piece of the cake, and it’s a small cake. Politicians, migrants, everyone. The have-nots will always feel the brunt of everything.

Waving fighting sticks, improvised spears and shields, they advanced like an army through the streets of central Johannesburg, chanting and singing in Zulu: “Foreigners must go back to where they came from.” Using the derogatory term “Makwerekwere” to refer to foreigners. This is not the first time South Africa has experienced such horrors.

A group of local men, playing a game of Ludo on a scrap of cardboard, at first insisted that opportunistic criminals were entirely to blame for the violence, but they soon began to complain about the presence of foreign nationals. “I’m not xenophobic,” insisted a man who gave his first name as Alfred. “But these foreigners are prepared to work for less.” “They work for small money,” his friend Frederick agreed. “And they hire their own, so it’s hard for us to compete. There is frustration.

A difference in performance between foreign and local business owners has created a perception that foreigners (and other African immigrants) are more successful than locals. While there is nothing wrong with examining the dynamics of competition, the insinuation that foreign business owners were to blame for the decline of South African-owned small business was worrying.

Foreign nationals, particularly undocumented immigrants, have become scapegoats for crime in South Africa’s major urban cities with both politicians and police pointing fingers at them. Violence against foreign citizens and African refugees has become increasingly common and communities are divided by hostility and suspicion. 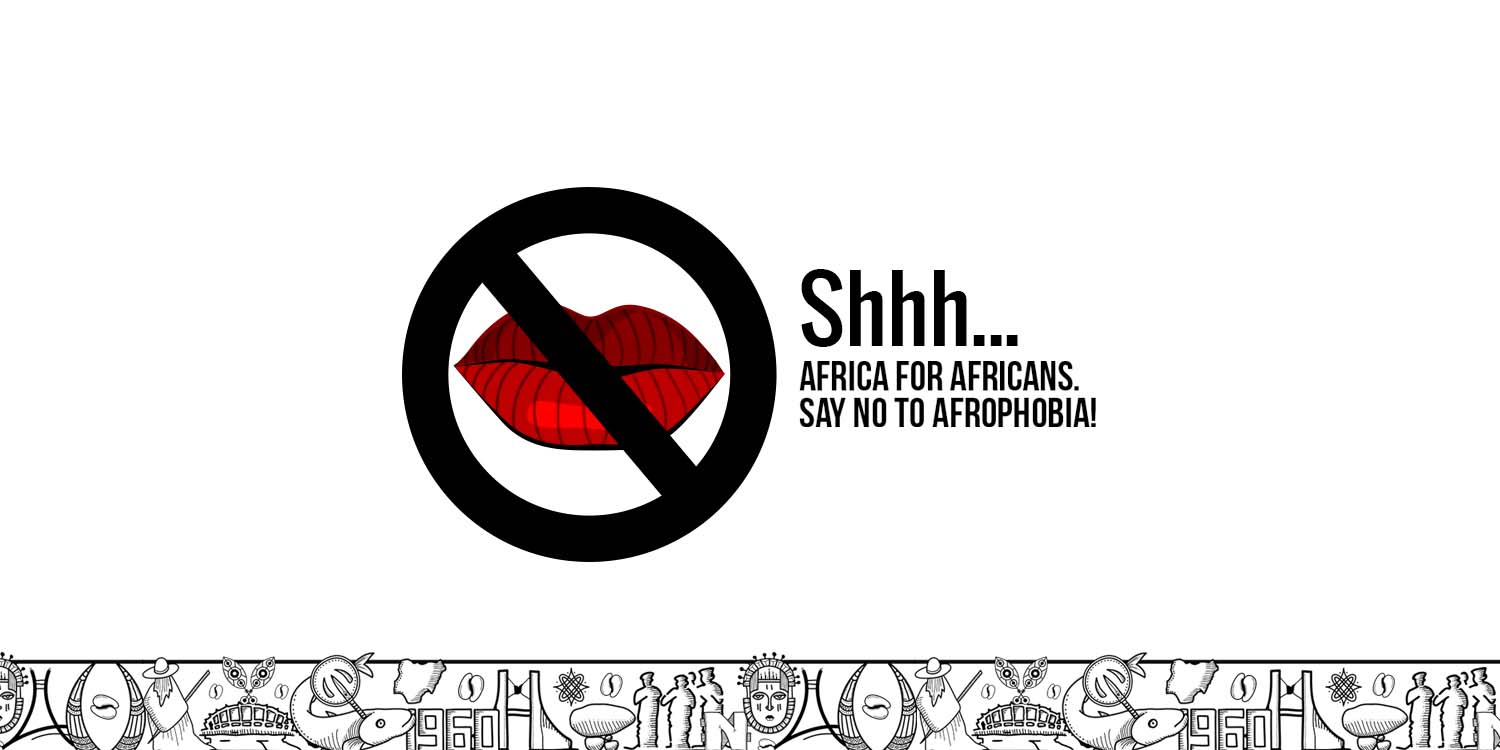 On Friday 24 February 2017 a large scale and officially sanctioned anti-immigrant protest was organized and held in the Pretoria. Protesters accused immigrants of taking jobs from South Africans, causing crime, and complained that “they are arrogant and they don’t know how to talk to people, especially Nigerians.”

Despite furious criticism from some African governments and nations, the larger truth is that South Africa – with its huge and highly developed economy – remains Africa’s biggest magnet for migrants, and, while a few foreign nationals have decided to return home, the majority seem to have weighed up the risks and the rewards and chosen to stay.

On the 25 March 2019 xenophobic riots targeting African immigrants broke out in Sydenham, Jadhu Place and Overport areas of Durban. Around one hundred people attacked businesses owned by foreign nationals resulting in people seeking shelter in a local police station and mosque.

The attacks are unfortunate and demonstrate how South Africa remains a transitional state: an African country that does not necessarily welcome other Africans. The South African government criticized the attacks on foreigners. Despite the rebound, it’s hardly time to pop the champagne. For all the wrong reasons, South Africa is back in the news yet again.

It is a time bomb. A time bomb. We have not seen the last scene of firebombed shops, burned cars, terrified foreigners, looted supermarkets and armed mobs – play out on the streets of poor, dysfunctional townships like Katlehong.

The riot resumed in Johannesburg on the 8 September 2019. Businesses predominantly owned by Africans from the rest of the continent were reportedly destroyed or damaged during the incident. The riots coincided with a nation-wide truck driver strike protesting against the employment of non-South African truckers.

Widespread public outrage over destruction and looting of largely foreign-owned shops has led to reprisals elsewhere in Africa. But nowhere is the reaction more pronounced than Nigeria. “Enough is enough. We will address this once and for all this time.” Nigeria began evacuating some of its citizens. 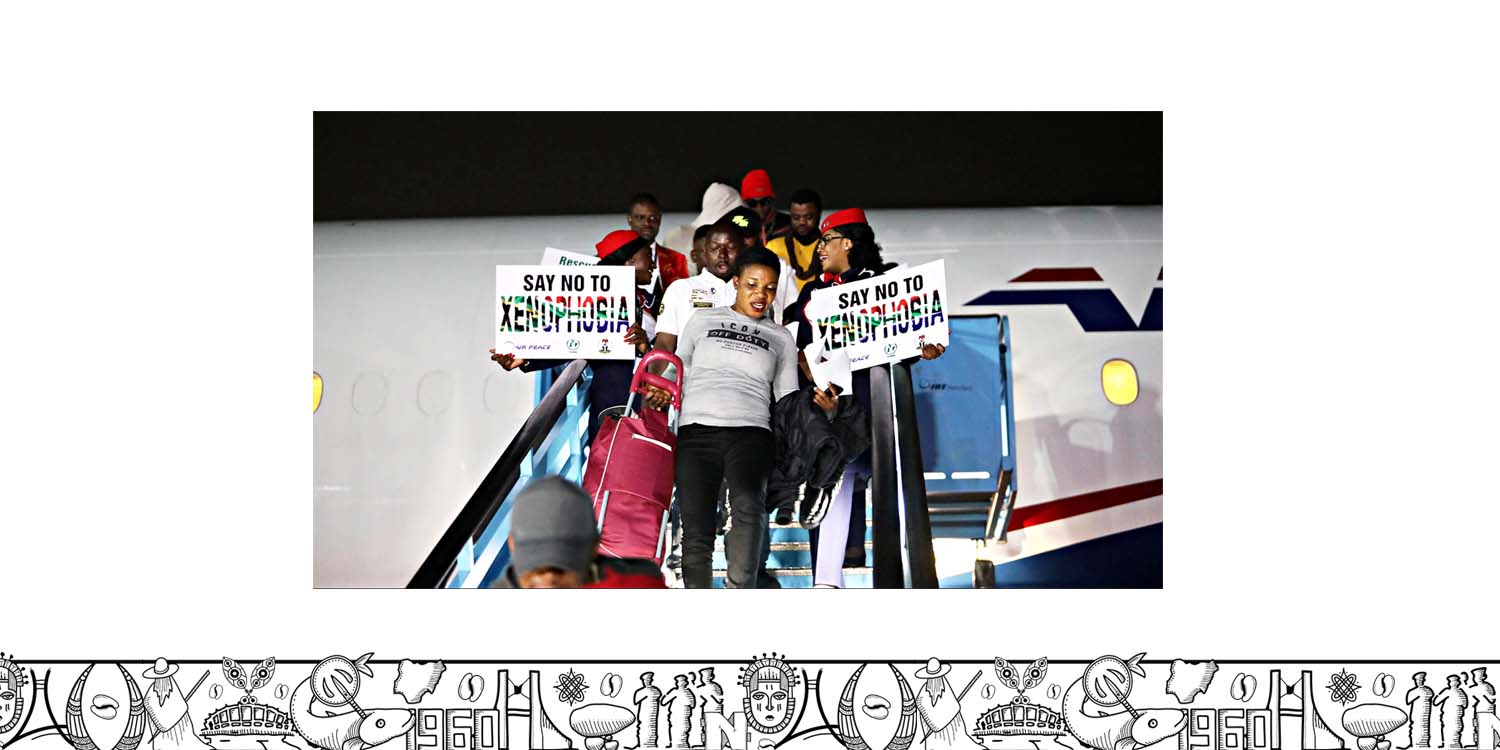 This violence was partly driven by the fact that Nigeria is in the grip of post-recession low-growth, which has seen the unemployment rate rise to 23.1%. Jobs are being lost faster than they are being added, leading to lots of idle and frustrated youth. This explains why the riots did not only target the South African supermarket chain Shoprite, but also Nigerian-owned stores. There were also indiscriminate attacks on vehicles. 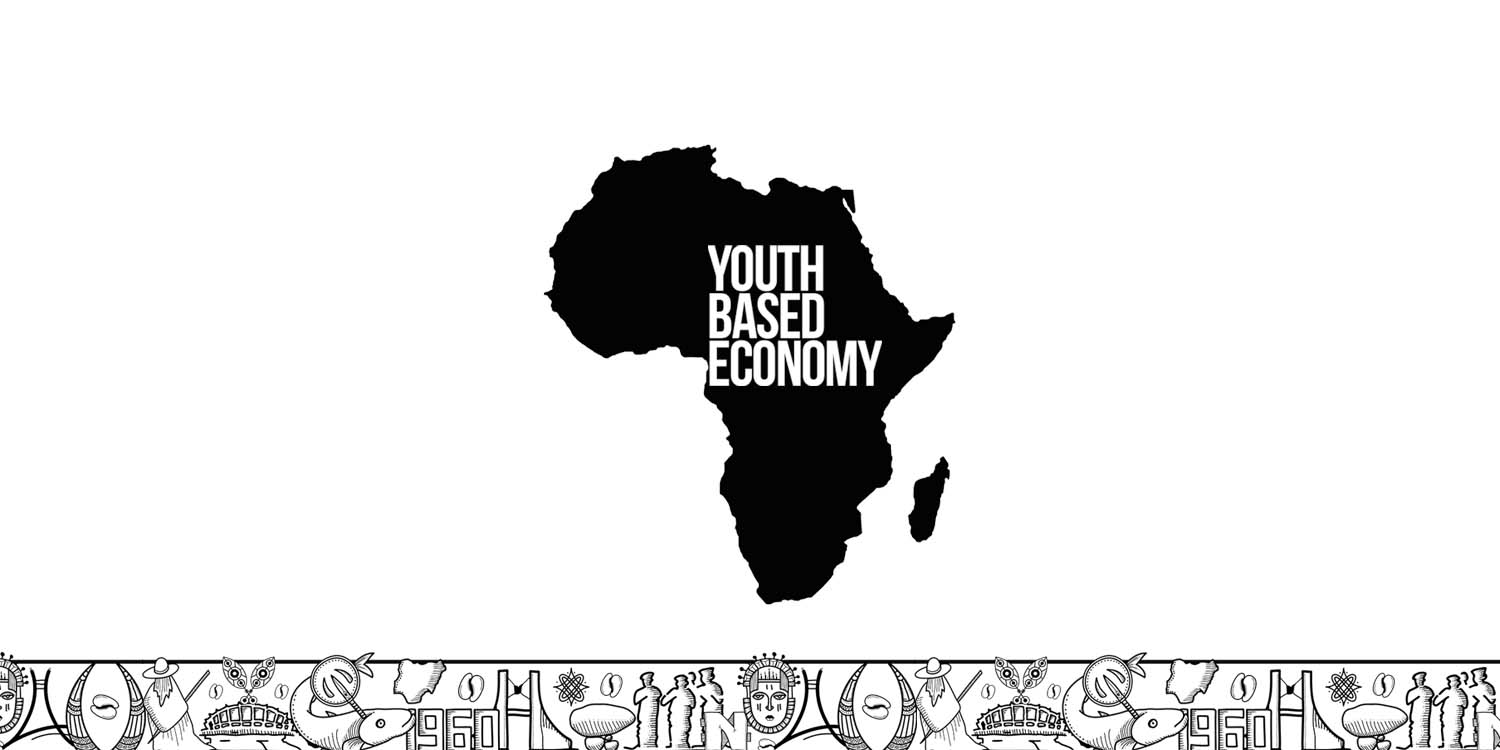 It seems that the swiftness of these attacks took the Nigerian government by surprise and spurred it to greater action. It may also have been motivated to act in order to avert further looting. Nigeria desperately needs to attract foreign investment especially following its recent assent of the African Continental Free Trade Agreement (AfCFTA). The attacks on foreigners threatened to throw that off course.

It’s been a very challenging time. You could see the immediate effect of fake news on the streets. At play here is the prize for the biggest economy and most significant political player in the continent – a race largely confined to Nigeria and South Africa. The stakes are high here for trade and political power.

South Africa and Nigeria have never had an easy relationship. Over the years, as different presidents have come and gone, the two countries have often been at loggerheads for different reasons. Since the height of the violence, tensions with South Africa seem to have died down for the moment. Among other things, an official apology from South Africa’s President Cyril Ramaphosa helped to calm the waters. However, with anger among the citizens of Africa’s two largest economies still simmering, both governments will need to seek lasting solutions to their respective lingering economic crises or risk another blowout.

We, One Africa Party are here represented by Nigerian Youths.

Opportunities for developing leaders have never been greater in our increasingly complex world. Africans need the education and skills to enable them to find jobs and not to see themselves in competition with their brothers. As Nigerians, as Africans we want to help – and be part of the solution before this xenophobia degenerates into full-scale genocide. As this carnage has potential to destabilize African unity.

One Africa Party would like to help our leaders; by bringing changes that would help the youths and end xenophobia. We know that the public condemns in the strongest terms the xenophobic virus spreading in Africa. We have seen media showing a person being burnt alive, local and foreign owned shops set alight, looting, violence and destruction.

For many years, leaders have been trying to create safer communities for the economic development of Africa. To do our part for Nigeria, we initiated One Africa Party to support and build a healthier Nigeria.

The Next Generation Of Leaders Needs To Be Empowered.

Skill acquisition is important in the society. A skilled person can survive in any environment. As water is very essential to human life, so is skill training and acquisition needed in the life of every serious minded human being.

The importance of entrepreneurial skill development in our society today cannot be over emphasized because gone are the days when jobs were available everywhere both in the private and public sectors of the economy and employers go about looking for potential graduates for employment. 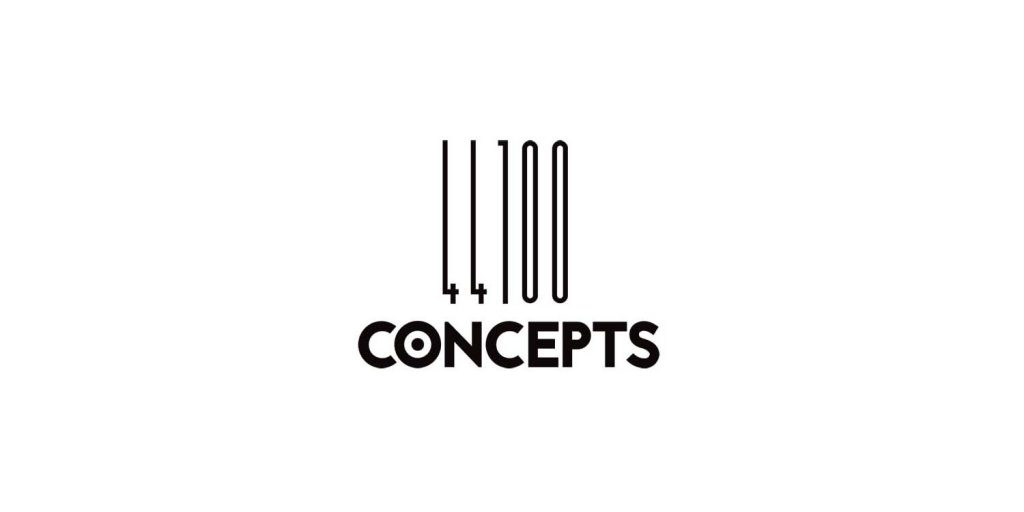